A Brompton in Washington, D.C.

I had the chance to be near D.C. for enough time to take a ride. I started in Alexandria, Virginia on the 4 Mile Run Trail and then got on the Mt. Vernon Trail past the Regan Airport. 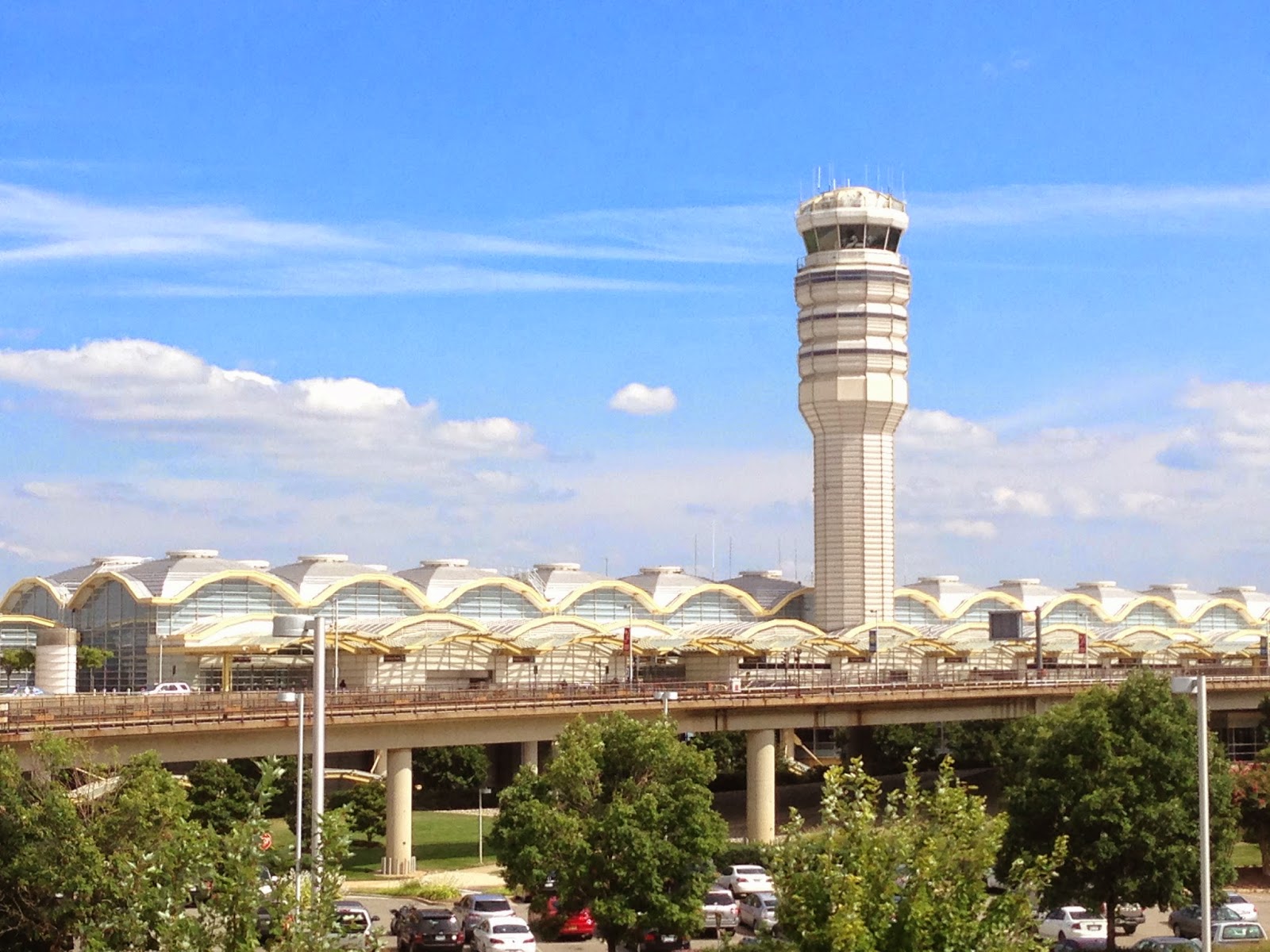 Next I stopped at the National Cemetery at Arlington. I have looked forward to visiting the cemetery for a long time.

The rules of the cemetery do not allow bicycles past the information center. I understand this because of the respect that should be shown here. 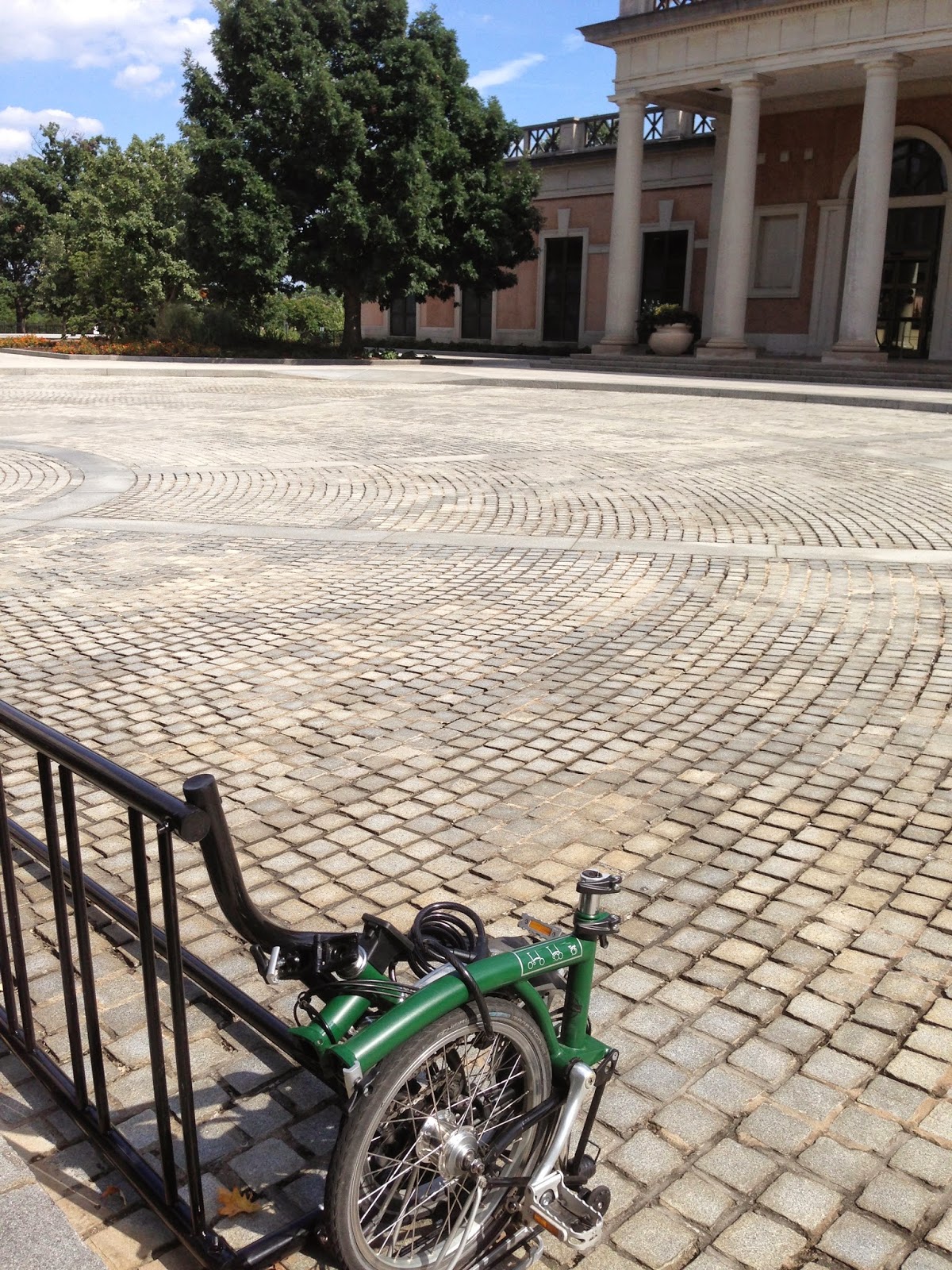 So... I left my Brompton locked to a bicycle rack... for the first time. I took the saddle, but it sure looks lonely!

I have two sons in military service, one in Afghanistan and the other in Alaska, both US Army. The scale and reality of row after row after row shook me right down to the core. God bless and protect all those who serve. 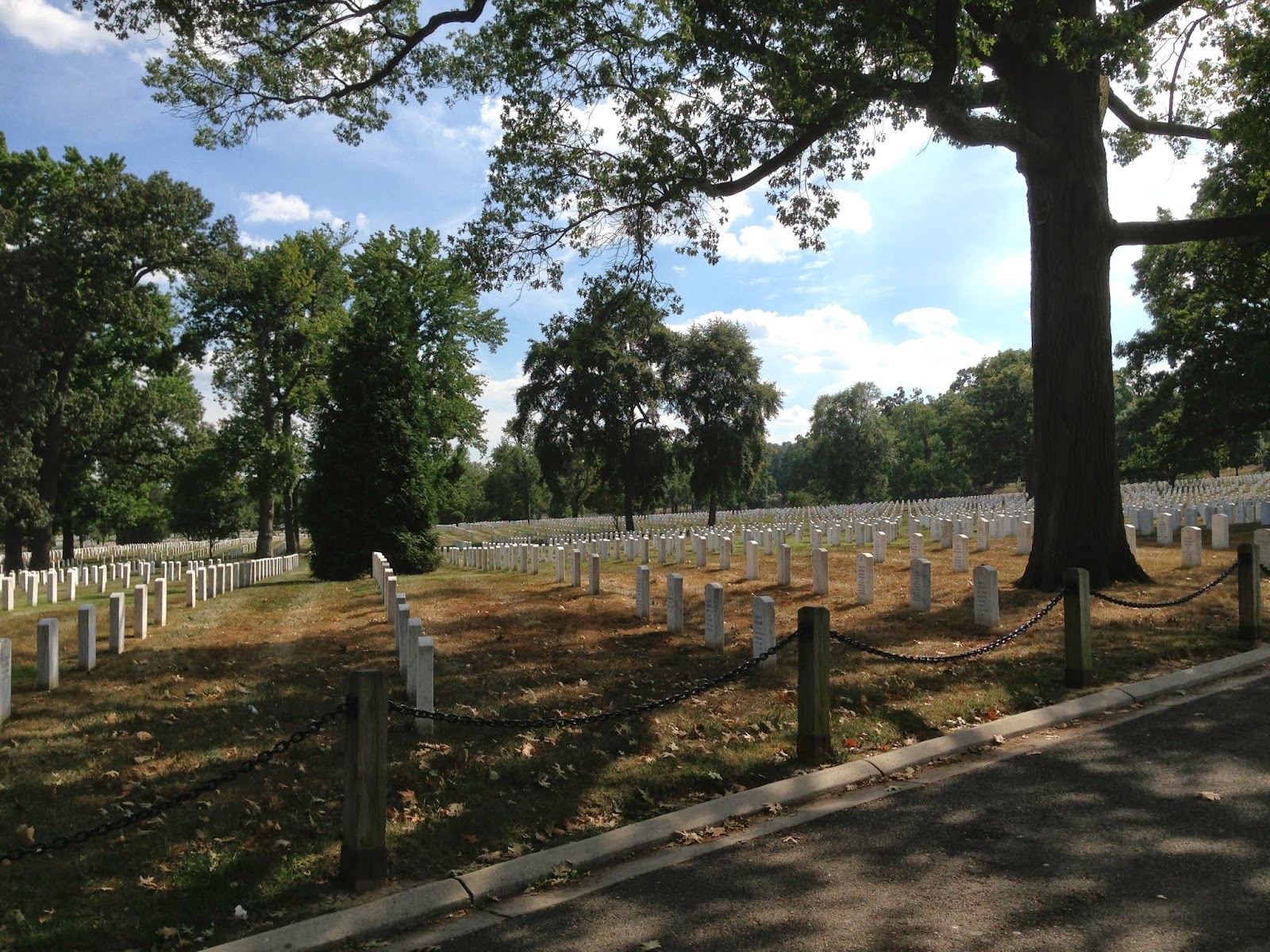 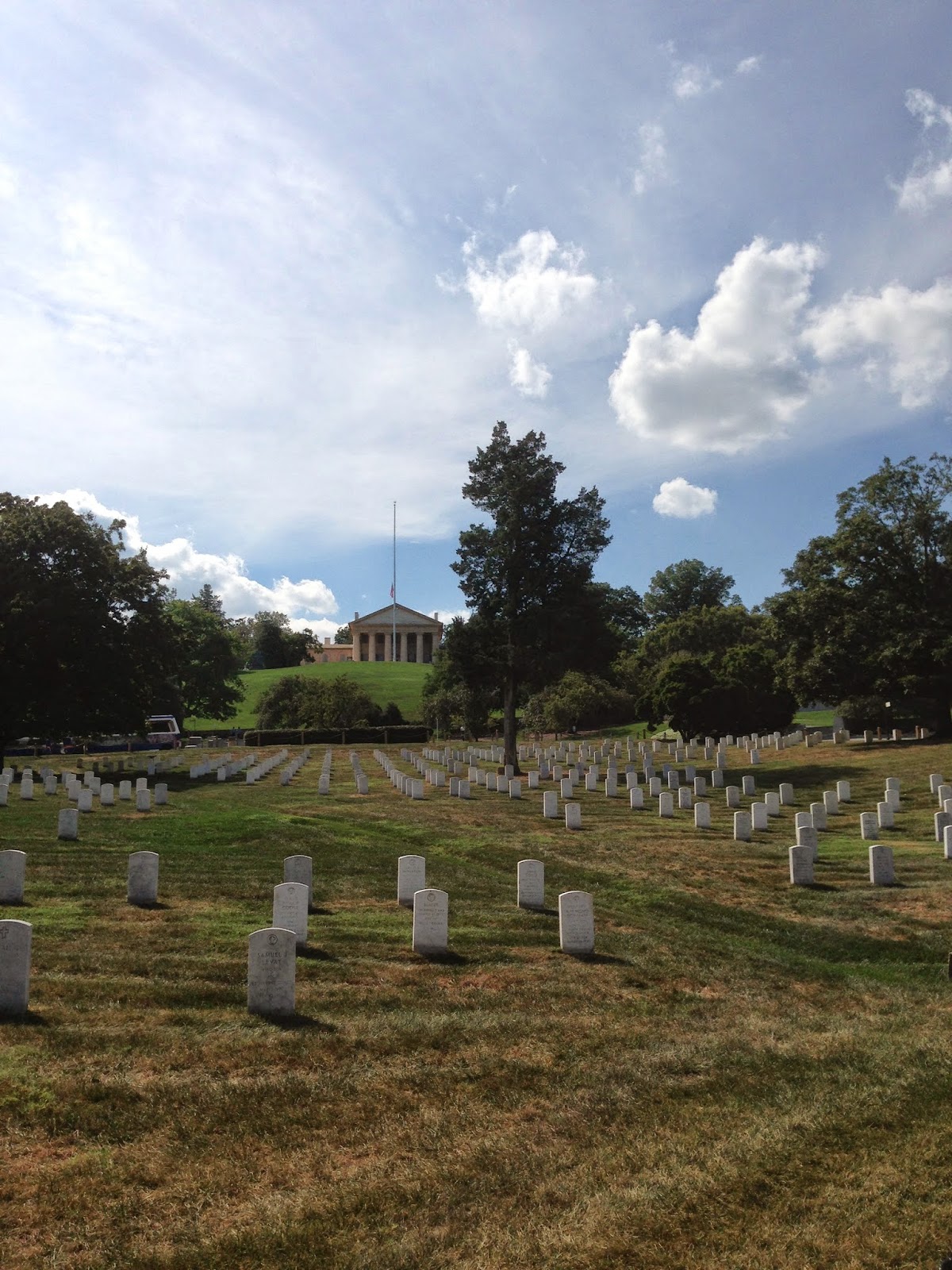 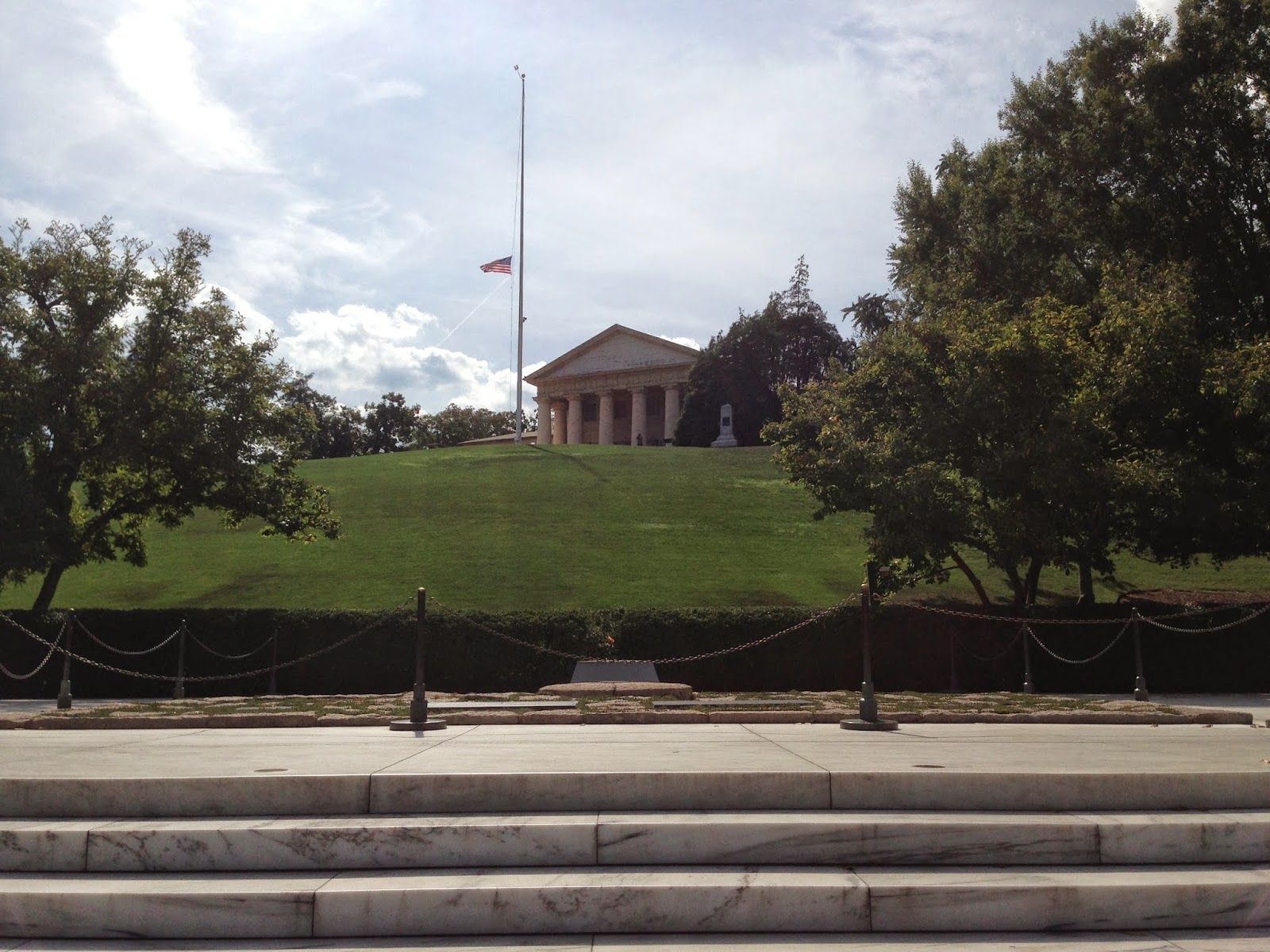 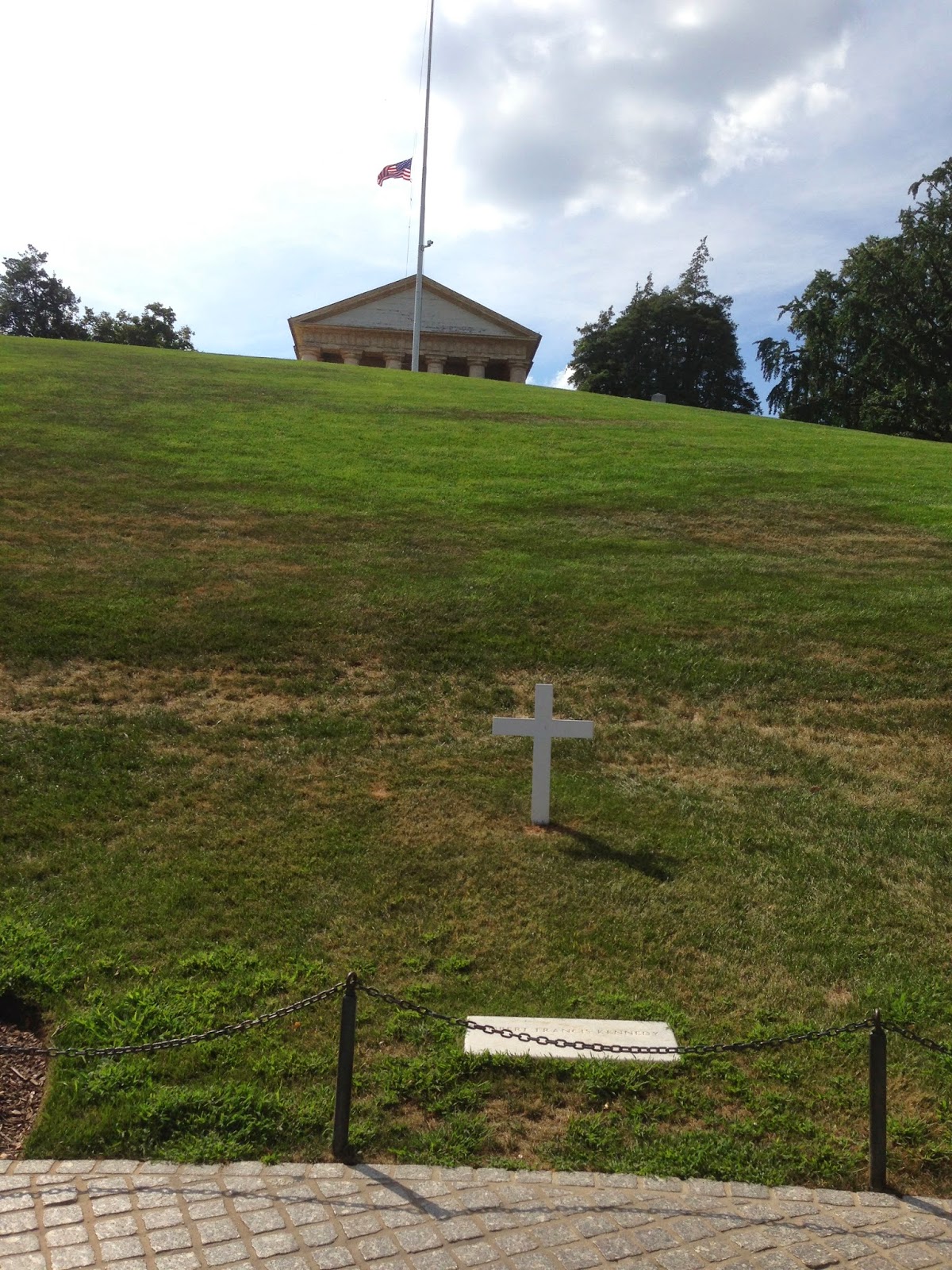 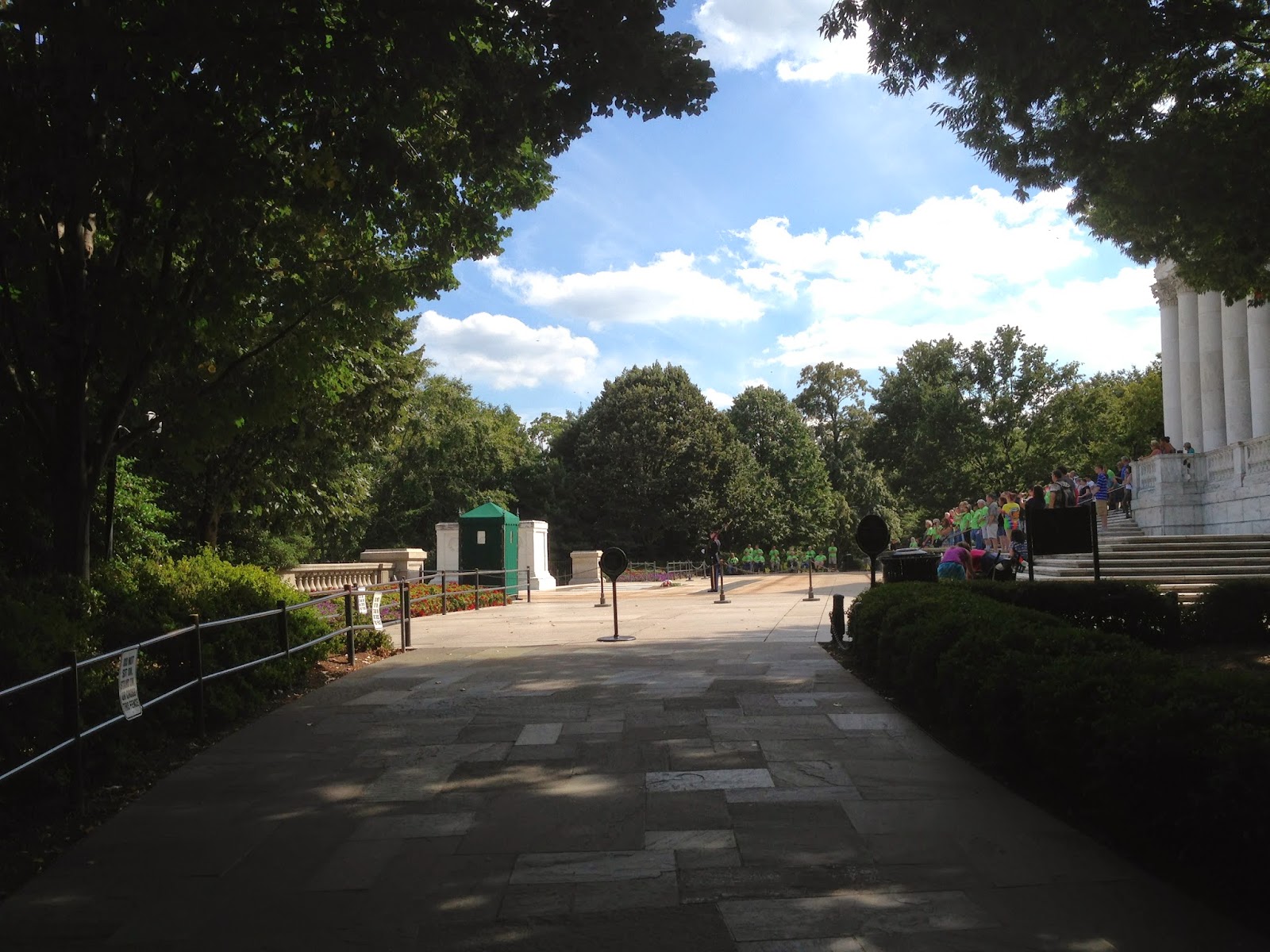 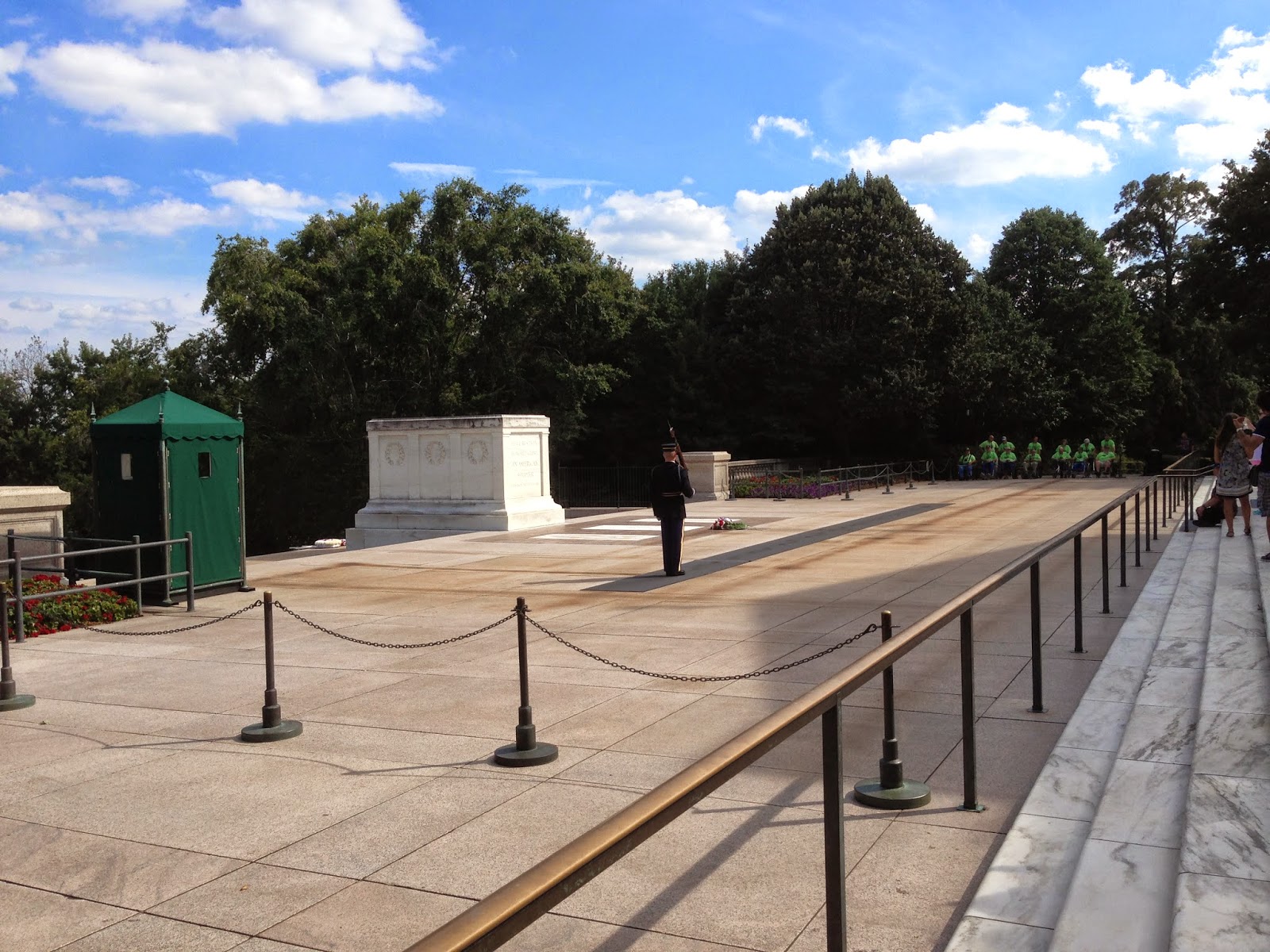 Changing of the guard at the tomb of the unknown soldier. Very hard for me to watch. 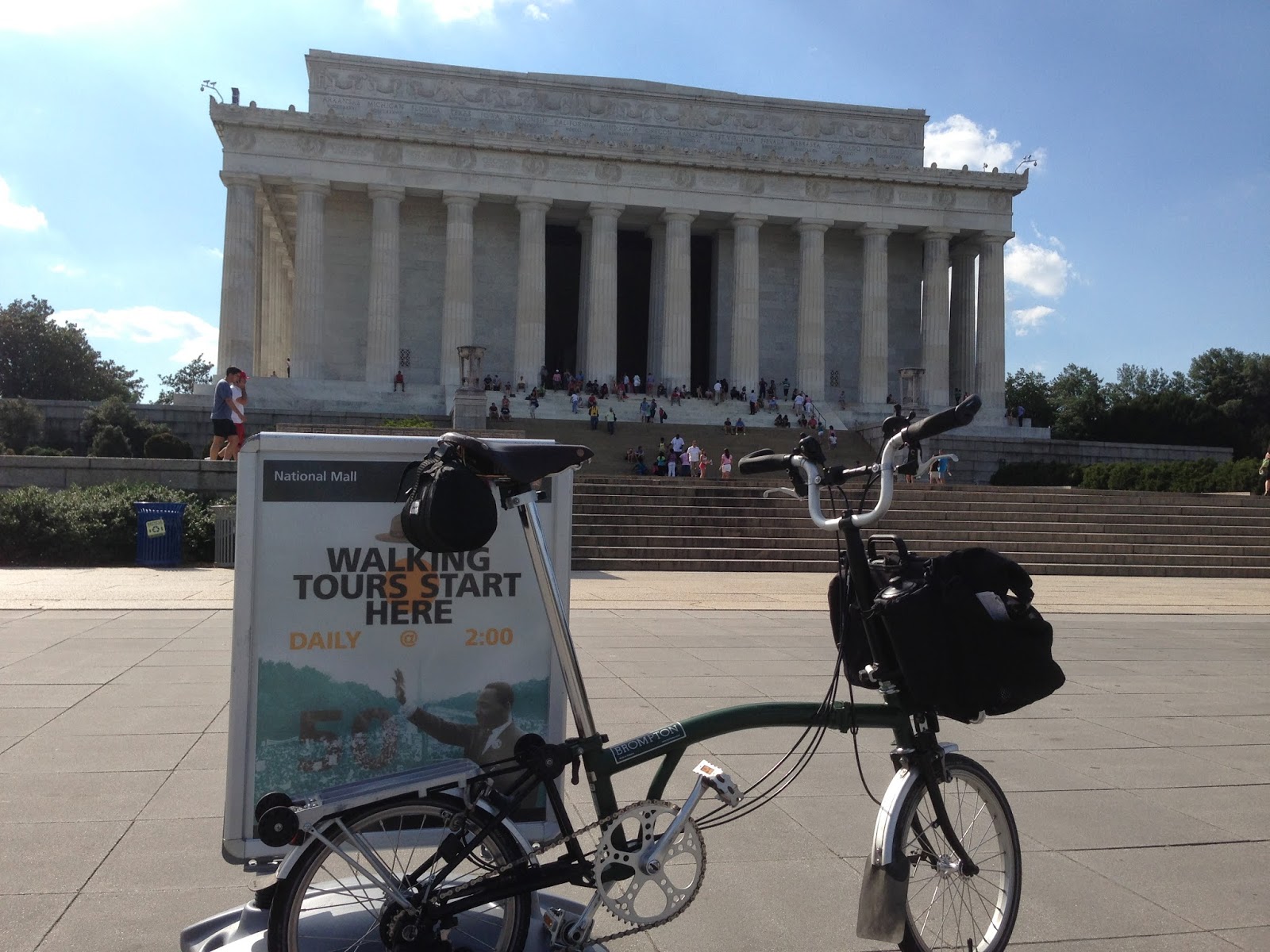 Lincoln Memorial at one end of the National Mall. 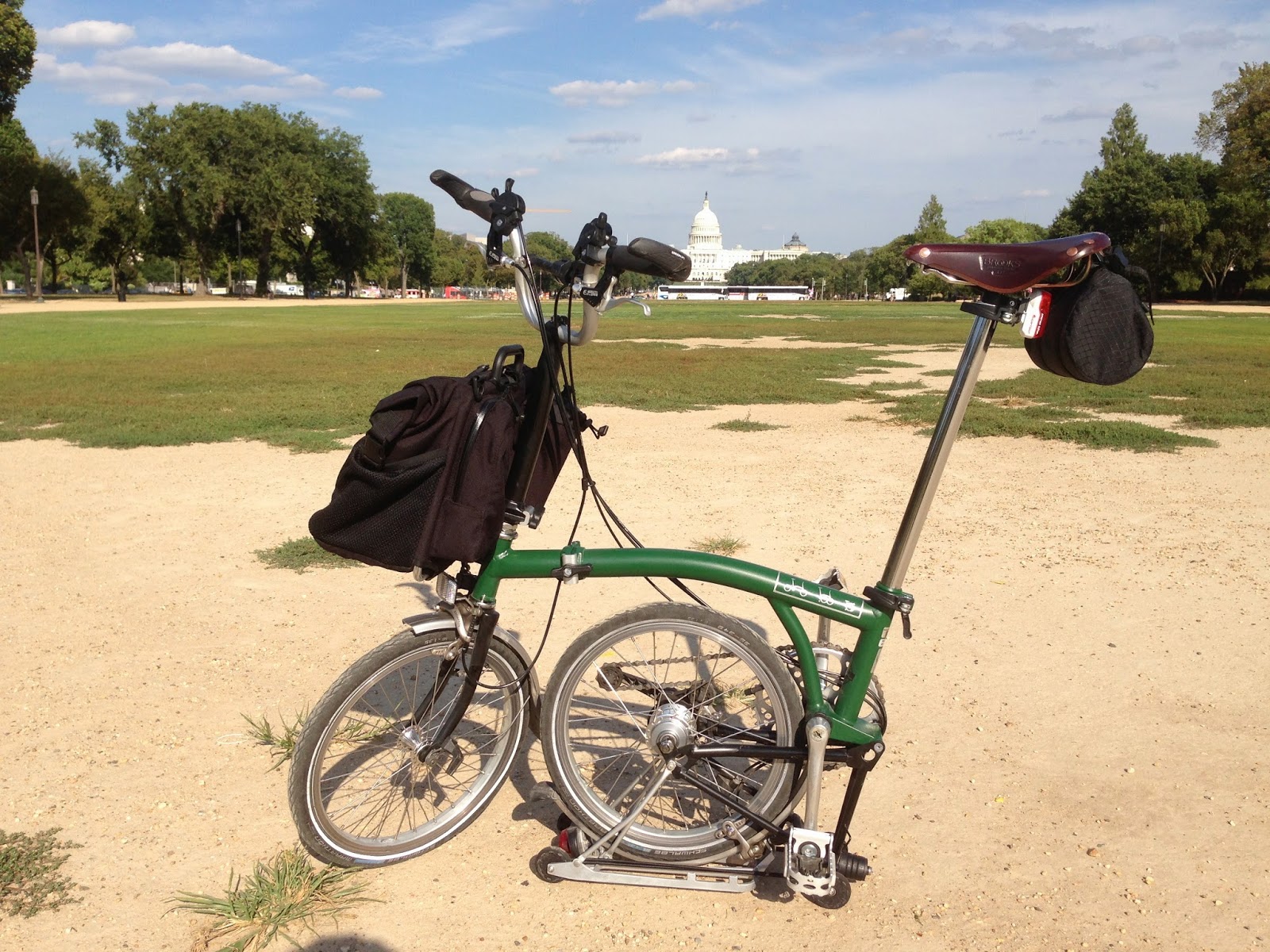 A shot down the Mall to the National Capital. 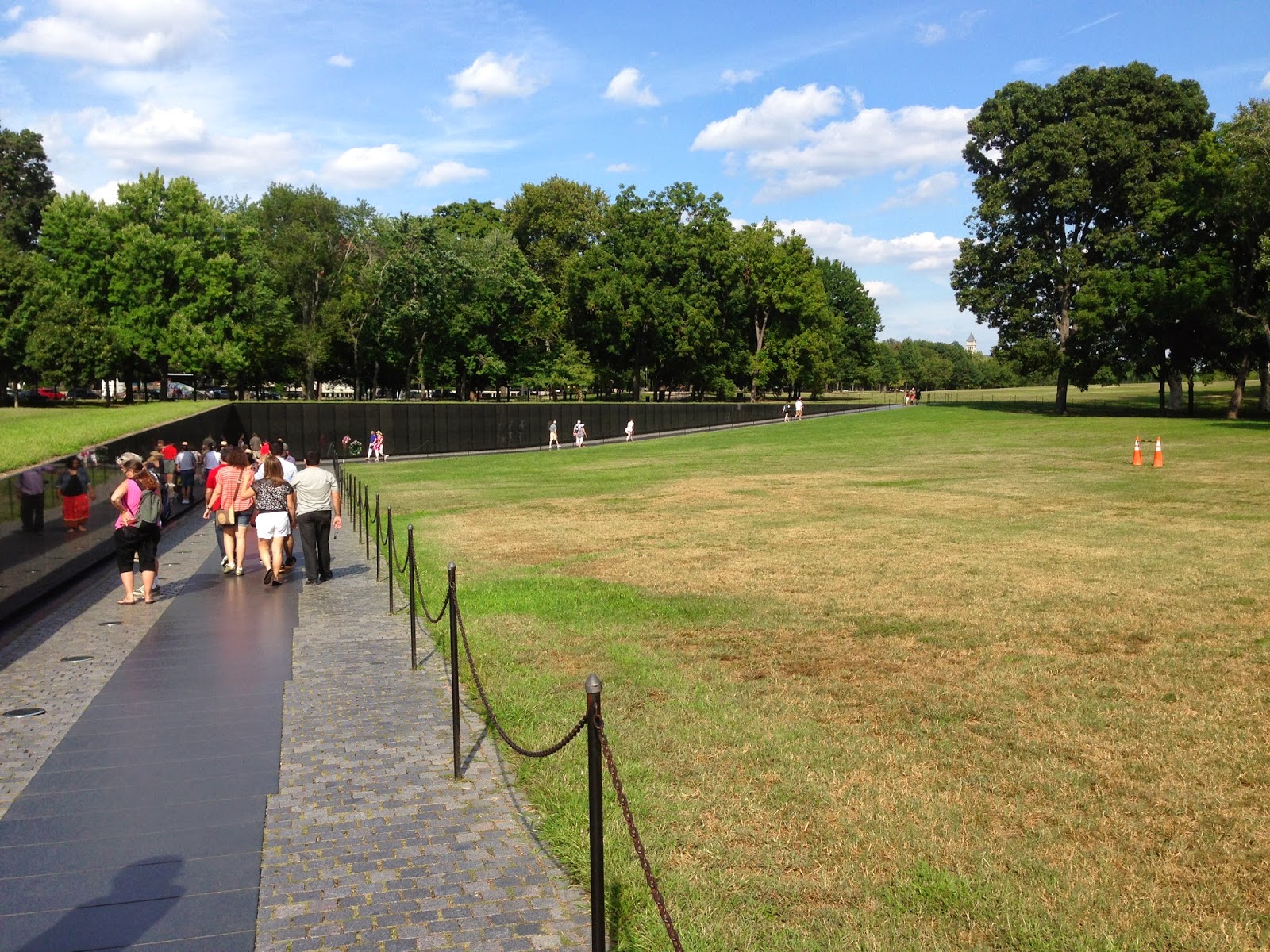 A sobering visit to the Vietnam War Memorial. 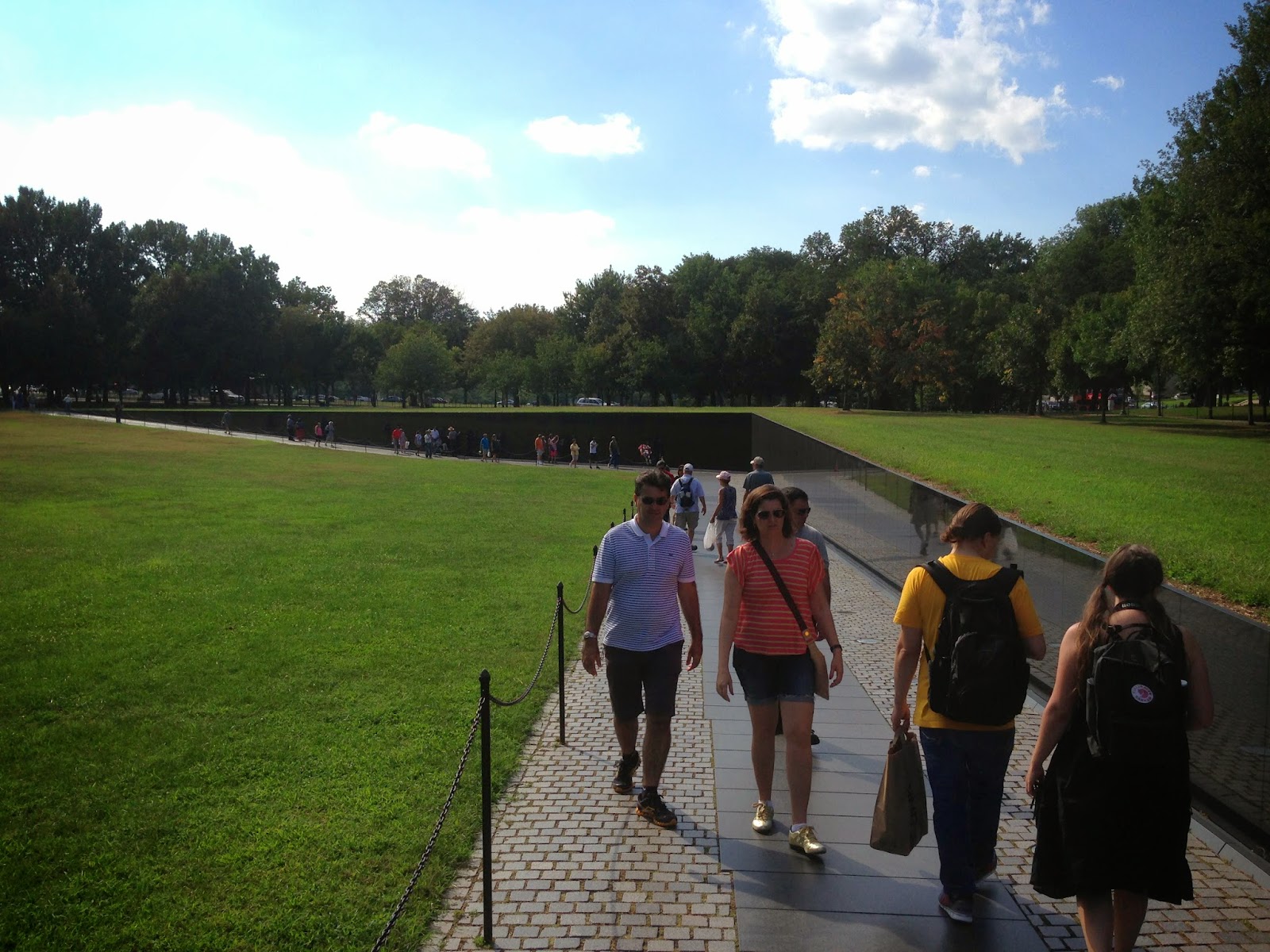 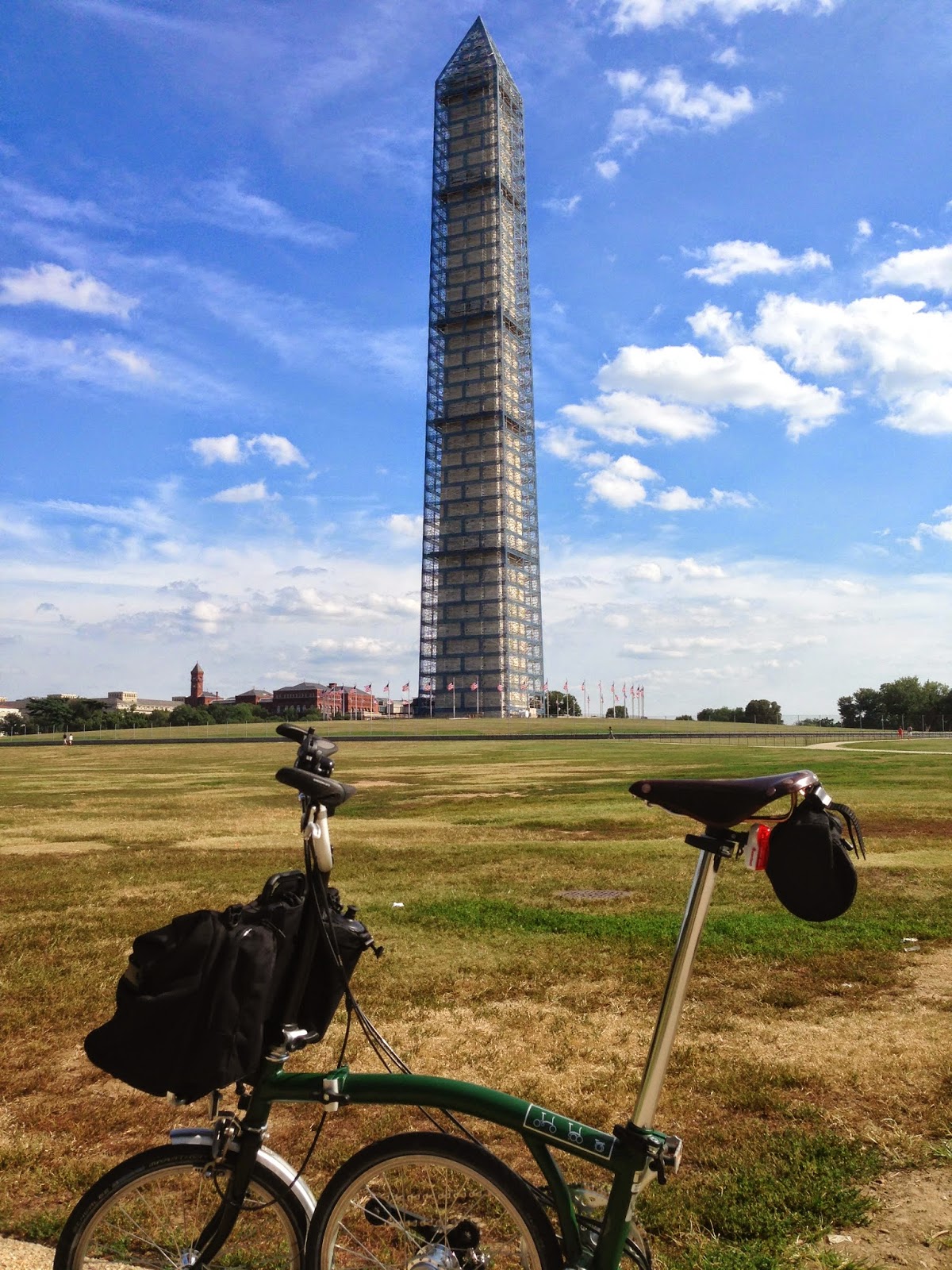 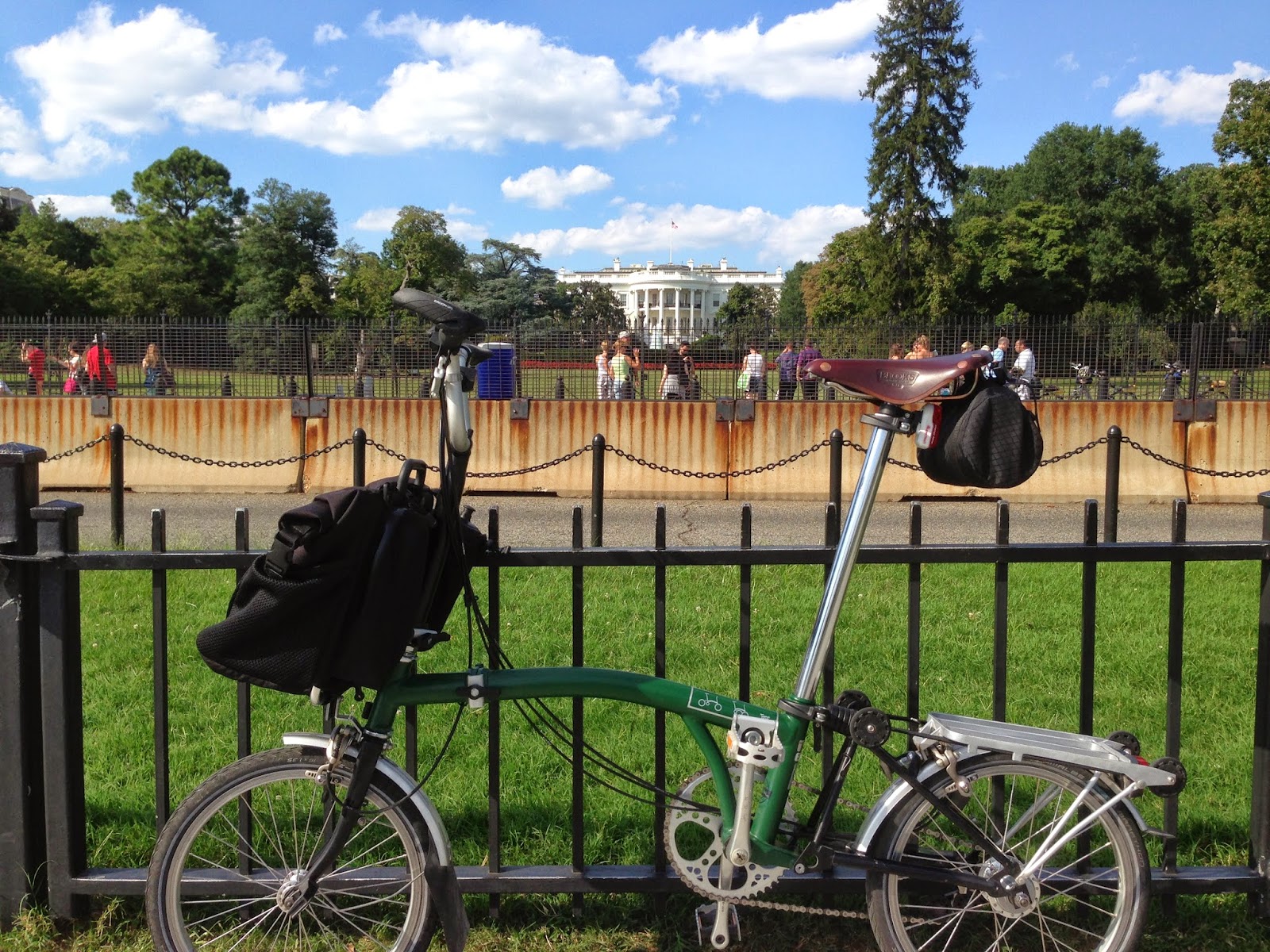 Brompton in front of the White House! 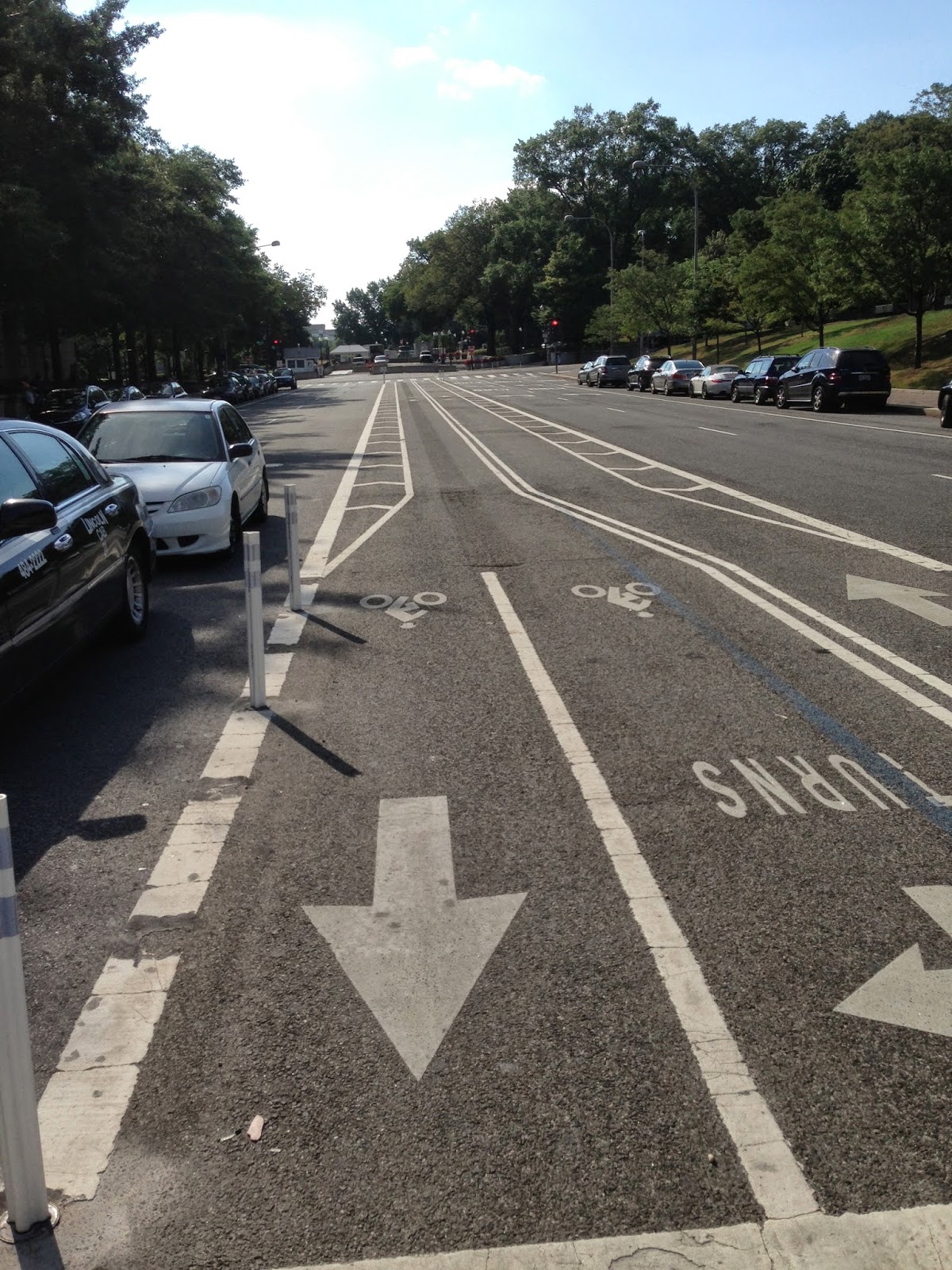 Very cool bike lanes in the center of the street instead of along the door zone. 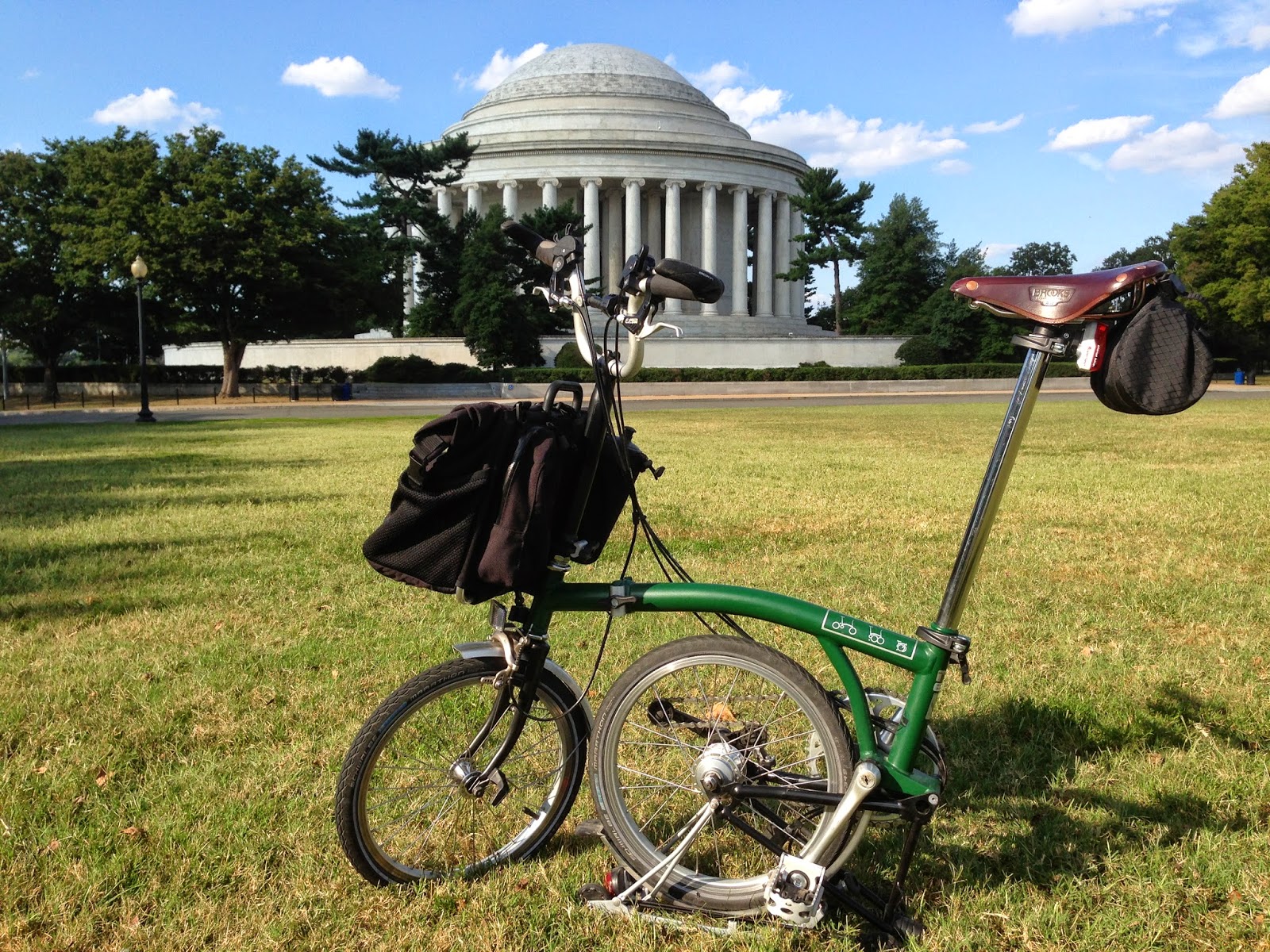 Washington D.C. is a bikey city that is set up well for cyclists. I'd really like to go back and spend more time there.

P.S. 2014 Brompton Championships are held in Washington, D.C. I'm going and can't wait to ride in the city again.
Posted by Drew at 07:43